Narrative History in the Classroom?

I’ve never been able to relate to people who describe their experience learning history as “boring” or “irrelevant.” I’d like to think they didn’t just have awful teachers, or that history is inherently, boring. But maybe they did and maybe it is. I, on the other had, had a wonderful history teacher in high school, Mr. Taylor. 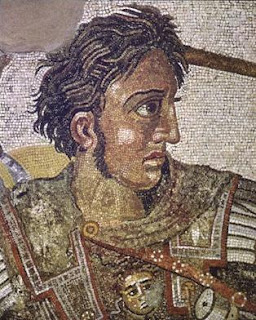 He taught “Ancient Civilizations” and he had developed a teaching style that was entirely lecture based. This was unheard of at my high school. Teachers were supposed to integrate the students in discussions, group work and hands-on learning. But, Mr. Taylor had hearing difficulties and to cope with this, he found a combination of lecture, storytelling, inventive uses of his arms, legs, and facial muscles, and the odd strange sound effect, to be the most effective way to teach history. What resulted was an extremely entertaining narrative. Every day we were captivated by his tales of how Alexander the Great struggled his way through the Kyber Pass and into India during his great conquest, or how Socrates met his untimely demise thanks to a cup of hemlock.

For us, going to history class was like going to story class. Four of the students from that one course now have a B.A. in history. That’s about 16% of us; a much higher output per capita of historians than I’m sure most people think the world needs, but impressive none the less. And, I don’t think any of us would argue that this class didn’t influence our path through university. But, what we learned in our Ancient Civilizations class not what my history professors at university would call history. What we learned was Narrative History.

Rather than present history as it is, as a series of disjointed moments, documents and interpretations, narrative history presents history as a fluid story. An omniscient narrator guides the audience through the story of history. Facts are stretched; dialogues which are impossible for anyone to remember are recited as if from some magical memory bank; details that never occurred are recounted to add the human element to the story.

Because of this background, I spent the first three years of my undergraduate degree ignoring footnotes, resisting journal articles – because they were boring and didn’t tell a story – and trying to weave my courses into the narratives that Mr. Taylor had taught us. I was disheartened to find out that we don’t know what Alexander the Great said to his bodyguard, Hephaestian on CE, as I had previously believed. But I got over it, and I was eventually won over to the academic history taught in university.

So, was it wrong for Mr. Taylor to teach us narrative history? We learned a lot of facts – some of them true – but we were left with no understanding of primary sources, bias, or interpretation that I have recently learned are the focus of the Ontario Secondary School Curriculum for history students.

Yet, without the stories, I never would have pursued a history degree and no doubt likewise for some of my friends in the class. 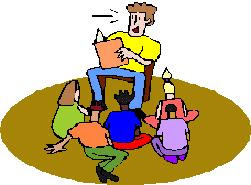 Then what is the purpose of teaching history? I have a feeling most educators would say to get students to think critically about what they see and read. To interpret things for themselves, be they primary source historical documents, or an article in the newspaper. These people would say the “facts” and rote learning are outdated ways of teaching history and they belong in the Victorian era.

I have to say, I agree. Students should be taught critical thinking.

But, I’m glad Mr. Taylor liked to tell stories. If we had spent the entire class with our noses in primary sources, I wouldn’t be here pursuing history. Maybe narrative history does have a place in our high schools? Or maybe we should try to find a happy medium, which combines the stories of Mr. Taylor with the “critical thinking” goals of the curriculum. And maybe then we’ll hear a little less often that history is “boring.”

The ideas have been well emphasized above and hopefully for the future these would even proved to be much better for the individuals to proceed further. personal essay for graduate school

A classroom is a learning space, a room in which both children and adults learn about things. This is great article about importance of class reading. Found a combination of lecture, storytelling, inventive uses of his arms, legs, and facial muscles, and the odd strange sound effect, to be the most effective way to teach history. Thanks for provide useful and helpful article. website

Thanks for this post.Value engineering has much worth for its efficient identification and elimination of unnecessary cost. Get the best technique from personal statement graduate school psychology my blog

A classroom is a learning place, where a student learns different topic taking the lecture from the teacher. I really like these moments in the classroom and you can visit website to get attractive info about the classroom. Thanks for sharing great with us.

Good to know your writing.

If you see a letter from somebody else, we're instantly transferred to their world, experience, and physical reality. It is possible to capture the same feeling by writing letters for your self or about other people in the diary. letter explaining low gpa is the best option to write your letter.

Writing skills gives chance to put thoughts in to words to share with the society. Therefore, education is important for everyone to transfer and explore more to understand the feeling, emotions, experience of each other.