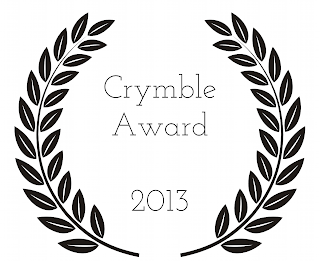 For this, the third year running (2011 & 2012), I've decided to acknowledge five projects who have most influenced my academic development in the past year. Winners have come up with ideas or shared their knowledge in a way that's had a real difference on the way I've approached my own work. This influence isn't always possible to measure by counting up citations in footnotes, but it's important to recognize.

Narrowing the list down to five projects each year is a challenge; there is so much great work going on that's worthy of praise. Nonetheless, I present to you my Crymble Award winners for 2013. Thank you for your inspiration.

Belovedly known for his academic comic series, PhD Comics, Jorge Cham challenged PhD students to describe their thesis in two minutes, with the promise that he'd animate the twelve best entries. I was fortunate enough to be selected as one of the winners, and I'm thrilled by how Cham and his colleague Meg Rosenburg transformed my words into an engaging two-minute cartoon. I've had great feedback from the video (I think a couple people even think I'm cool now), and it's certainly showed me that the written word is not the only way we can share stories about the past.

Thanks very much to both Jorge and Meg for including me in the project. It was a great experience and a lot of fun.

In March I attended a one-day masterclass hosted by The Guardian newspaper on data visualization and visual storytelling. My award goes to two of the presenters on the day: Adam Frost and Tobias Sturt, both of whom worked at the time for the Guardian's Digital Agency (for-hire Guardian visualization experts). The pair hosted a great session on how the team at the Guardian Data Blog take raw data to the finished products which capture our imagination. 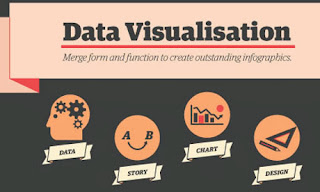 I'd definitely recommend the workshop - though I note they've raised the price from £99 to £250 since I attended. Not only did I see some great data visualization examples, but it got me thinking about the importance of answering the oft-ignored: who cares? As Frost noted that morning, without clarity and persuasion, data is just a spreadsheet. Visualization is about bringing data to life for an audience, and I'm grateful for Frost and Sturt for making that so clear for me. The graphs and visualizations I've been creating for my thesis have changed markedly as a result of their work, and I like to think it has been for the better.

Van Lottum is a historian at the University of Birmingham, but this paper was part of his British Academy fellowship at the University of Cambridge a few years ago. I stumbled across Van Lottum's article when researching some background material for an paper I was preparing with some colleagues on lower-class migration into eighteenth century London. It was a bit of a eureka moment for me, as I had been fumbling around in a new field, unsure even of what I'd been looking to do, and this article provided me with exactly the type of framework I was after. Since reading this paper I've  been drawn into an entirely different side of history, and read much more widely than I might ever have done, deliving deeply into the work of some talented economic historians and historical demographers. I've found these new fields a wonderful compliment to my interest in social history, and I owe that in part to what turned out to be a great article by van Lottum.

Anne wins an award for standing up for students' fiscal needs. SMKE was a year-long project that invited students to pitch an idea related to social media and academia. Winners were offered a £500 budget and £500 for themselves. As someone funding my own education, this was an incredibly important opportunity for me. There are so many organizations out there offering funding to pay for conference travel, or for student-run initiatives to pay to bring in senior speakers, or even for expenses to go visit libraries. And yet I get the sense that there's a desperate attempt to ensure students aren't trusted with any money they might use to live on. Those who consider themselves older and wiser and who control the purse-strings of granting agencies of all sizes seem convinced that any money they give directly to students will go straight to the pub. I spent mine on my tuition bill. And I thank Anne heartily for giving me that opportunity by taking a stand and putting value on student work.

I incorporated Anne's idea into a workshop I hosted last month, passing on the bulk of the funding I had to early career students who gave talks at the event. I'd challenge others to do the same. Don't reimburse travel for students; offer grants or honorariums to students for participating, and empower them to make their own decisions about how they get there or where they stay. Thanks to Anne for showing me that.

This year's final award goes to the team at the Software Sustainability Institute, based at the University of Edinburgh. Until I saw the call put out by the SSI looking for fellows late last year, I had never even given a thought to the idea of software sustainability. Since applying (and winning!) sustainability has been a major part of my strategy for all of my work. I was introduced to a wonderful network of people in fields ranging from engineering and physics, to computer science and geography, all who are struggling to ensure their work is useable for the long-term. As a society we put so much time and money into building tools and programmes to assist our research, but so little into planning for the future of that work.

As part of my fellowship I was given £3,000 of funding, which I used to host an event, Sustainable History: Ensuring Today's Digital History Lasts. The event was held at the Institute of Historical Research in London (cohosted by Jane Winters and Tim Hitchcock) and brought together a great group of scholars and information professionals to discuss what historians can and should be doing to ensure their projects and their data survives. It's a little question, but one I'm glad the team at the SSI challenged me to think about.

Congratulations to this year's winners, but more importantly, thank you to all of them for shaping the way I approach my research. You join a very talented group of previous winners. Keep on inspiring!

My Sirname is crymble and this makes me laugh evertime when i see this :)

PSD to WordPress conversion is one of the most important steps to lay a solid foundation of a professional WordPress powered website. For converting Photoshop to WordPress theme/ template many people hire WordPress developer. In this article, you are going to learn major advantages of a dedicated WordPress developer and some useful tips to keep in mind while hiring WordPress web developer. See more assignment service

Virtual legal assistants are all the rage, but what do you look for to avoid getting a raw deal? Read this article to get 5 tips on finding the right one for your office. See more online shopping assistant