I’ve been thinking about this for a couple years now, and it has come up twice now in the last two weeks in articles I have read. [1|2] Digital textbooks were part of my motivation for entering public history. I’ve always thought there was a better way to present a history survey course to undergraduate students (or high school students) than through a bulky monograph.

I found most of my peers resented their textbooks. Many were bought and never opened. In more than one house I moved into during my undergraduate career, the textbooks of the previous tenant were left in the unit.

I think part of the reason for this is that students aren’t that keen. Especially when they first get to university. I know I wasn’t. I read readings to get to the end, often retaining almost nothing. I cheered to myself when pictures took up a lot of space on a page, likewise with footnotes, especially the really long annotated ones – which I never bothered to read until I had nearly graduated.

And apparently, I was one of the good students. Good enough to get into grad school anyway.

For so many kids now, university is that thing you have to do after high school. They are not passionate about their subjects. They certainly don’t get excited at the prospect of reading a book about theory. Not when they know they can get so much more stimulation out of Facebook, or videos, or games, or beer.

So many undergraduate history students I know have no concept of what they studied, because they always did the bare minimum. I have a friend who now has a B.A. in history. He took mostly European history courses, and when we went to together, was unable to locate on the map. Apparently the monographs he read didn’t give him enough context.

So if it doesn’t work, maybe we need to fix it? Maybe we need to make the textbooks easier to read. Why can’t the article be linked to a map so that the reader understands where we’re talking about? Why can’t the historical personage be linked to a portrait of them, so that those of us who learn visually can make mental connections? After all, isn't the portrait a valuable piece of historical evidence that the student should be exposed to anyway? Why can’t I be directed to an explanation of a concept I don’t understand/remember, via a hyperlink to a sub-article, rather than having to search through an index to find a page that might explain what I’m looking for?

There is obviously demand for online material. The fact that so many undergraduates turn to Wikipedia to understand course material – often even after being warned against the practice by their professors – shows that students now want something easier to read than the traditional, 1500 page textbook.

So why don’t we give it to them? Is there any reason my Canadian history survey course can’t have a textbook that looks something like this?:

The of Map of Southern Ontario showing the location of the Battle: 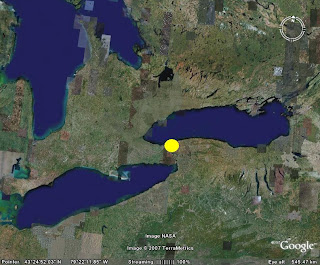 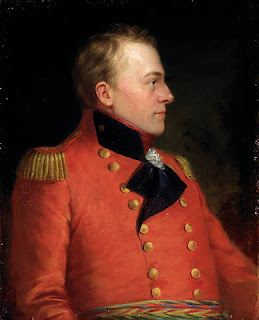 
This battle took place on between British and American troops. It was an important victory for the British in the War of 1812, and helped ensure that did not fall to the Americans…

Sir Isaac Brock was the commander in charge of the British troops. He was killed at this battle…

Further Reading For Interested Students of my Imaginary Class:

If anyone has ever taken a class in which the professor used an online text - homemade or otherwise, I'd love to hear about it.

Credit Where it is Due: