Yesterday, London Ontario held its “Doors Open London” in which 51 heritage sites opened their doors free of charge and invited the public inside to experience their community’s history. My girlfriend and I went to three of these sites and had three very different experiences.

The first place we went was the Canadian Medical Hall of Fame. Judging by the extensive list of donors and sponsors posted both on their website and on a plaque in the museum – including a section dedicated to donors of $250 000+, this museum is fairly well funded.

The second stop was the Banting House National Historical Site. This museum not only has a $10 entrance fee on a regular day – about the price of admission to the Louvre – but also has a very expensive looking bronze statue of Banting in the garden, an eternal flame (that doesn’t pay for itself) and has undergone extensive restoration work inside, including adding a large addition for the Canadian Diabetes Association.

We enjoyed these first two museums, but it was the third that stood out the most for us

This last stop was at the Secrets of RADAR Museum on a wooded lot overlooking a small lake, just behind in south . The building in which the museum is housed looks like a community centre in rural Ontario, complete with the overly harsh fluorescent lights reflecting off the 1960s linoleum floor. The lounge resembled my Grandmother’s basement, which has not been entered let alone redecorated in the past fifty years, and I could almost see my mother and her sisters playing Monopoly as children on the floor by the window.

Despite our initial shock by the décor, we were quickly reassured when, as we walked in, a young lady at the front desk greeted us enthusiastically and thanked us for coming. She told us a little bit about the museum, smiled and wished us an enjoyable visit.

Just next to the desk was a bristle board display introducing the museum. At the bottom was a small block of writing that declared,

Because the Secrets of RADAR Museum does not have any full-time employees, we are ineligible for government funding and rely on the support of the community to keep our doors open.

I looked around, and it definitely looked like it lacked funding. The displays in the museum were a mixture of bristle boards that had typed pages glued to them, and professional-looking 5’x4’ display boards. Clearly the museum is in the process of upgrading itself.

I had an opportunity to speak with the President of the Museum, Ryan Fraser, who was enthusiastically telling visitors all about the collection and adding a “human element” to the artifacts. I have to say, he was a fantastic guide. He is clearly passionate about what his museum has to offer and the progress his displays are making. And though he is not old enough to have 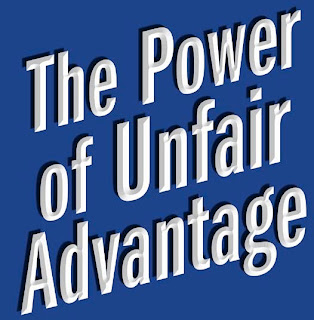 ever seen the Second World War, he admits he knows more about the history of RADAR than most of the veterans that his museum works with on a regular basis. Of the three sites my girlfriend and I visited yesterday, we definitely felt the most welcome at the Secrets of RADAR Museum. The people volunteering there were excited about what they were working on, and veterans freely mixed with young volunteers. It was a wonderful place and I recommend that you all visit.

Thanks to private donations, the museum now has funding to replace the rest of the bristle board with more professional looking displays, and according to their website, an anonymous donation of $5000 has allowed them to “keep open for another year.” So if all it takes is $5000 to upgrade a wonderful little museum such as this, why does the Canadian government’s Museum Assistance Program insist that anyone applying for funding “employ the equivalent of one full-time paid professional staff”?

Even at minimum wage, that means a museum must spend $17 000 per year on staff wages to be considered legitimate enough for the government. That cost does not include all the money required to heat, light and rent the building as well as pay any insurance or miscellaneous costs. 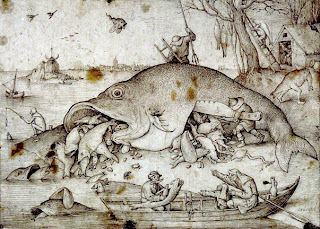 I find it strange that a group of people willing to volunteer their time in the pursuit of providing Canadians with a site to come and learn about their heritage is somehow less valuable than a group who want to be paid to provide Canadians the same service.

Now, I understand that the government does not want to fund someone’s basement hobby and has decided to place the restriction on their funding to try and ensure the money is not used inappropriately, but could they not just be more prudent about to whom they give money? Would it not make sense that the institution applying for a grant should detail what they intend to spend the money on, and then be expected to show results? Private scholarship grants operate in this manner with great results.

Currently, it seems like a case of keepin’ the little guy down so there’s more money for the bigger museums. But, if the major museums were forced to compete with small outfits such as the Secrets of RADAR Museum, there’s no guarantee the bigger places wouldn’t continue to win all the funding. After all, they have professional, full-time staff with experience working with the government. At least let the little guys play too. Let them try to get some of the money. As it stands, the Canadian government’s funding policy of museums only stifles passion. And passion is a terrible thing to waste.

The problem for small museums gets worse as time goes on, especially if they don't have professional staff. A museum that is operating in the red, (which is most of them) is ineligible to apply for grants because they are in the red. It's a vicious cycle. It's a very difficult thing to pull a museum out of a decline. We in Canada often look to the States as a model of how to preserve history, but it should be noted that most often small museums there are not funded by government. They have private donors. Does the federal government really have a responsibility to preserve local history?

Many of these small museums were created in the 1960s when everyone wanted to celebrate their history. As things go, local history experiences peaks and valleys of interest and many museums simply did not have adequate planning to deal with the valleys. I am not so sure that funding dying museums is always worthwhile. A lot of good money can be wasted funding people's passions. I just spent a year cleaning up the end results of funding a museum run by passionate yet untrained individuals. A museum that is badly run by untrained staff or volunteers is doomed to fail no matter how much money is sunk into it. (I'm not speaking of the RADAR museum, it sounds like its on the right track). As harsh as it sounds, there should be a quality return on investment - not simply indulging passions. For all the talk of preserving our history, many small museums simply do not prepare business plans and needed policies. If the ducks are all in a row, then the deserving museums do get funded...eventually. Perhaps the answer is sending in paid professional staff rather than funding a small museum.

I agree with much of what you have to say, Adam. Nana and I were also at the RADAR museum and Banting House last weekend, and also talked to the fantastic guy at the RADAR museum. However I also spent a lot of time talking to the curator at Banting House. And he is the only permanent employee they have, and while they may have a big statue outside, they aren't exactly drawing in the big crowds either. And their price of admission is actually under $5.
I don't mean to contradict you, because I think your points are excellent. I just don't want Banting House to be misrepresented. It does enjoy federal funding, but it's still basically a one-man show.